Clearly, the whole two days without sleep + another time zone change caught up with me this morning. I managed to get to the car rental place when they opened, and hit up the hotel’s breakfast buffet, pack, and check out.

And then it hit. I had no idea what to do, where to go… despite having read up on the whole Pacific Northwest for the past year. In the end, after getting some stuff from Target and some more coffee, I decided to take it easy and visit Twin Peaks.

Twin Peaks isn’t an actual town. Or, at least I hope it isn’t. That was some messed up stuff that happened there. I am, however, a fan of the strange TV series, so I decided to head to Snoqualmie and check out the waterfalls from the opening sequence.

It was crawling with people, most of whom were equipped with selfie sticks. I tried to travel with a selfie stick. Basically, I was too embarassed to pull it out (save a picture with a giant Pikachu in Times Square), and it only got used once too much wine had been consumed.

The thing about nature is, as I learned years ago in Banff, if you walk 500 metres into the woods, you lose the crowds. The same was true at Snoqualmie Falls. I hiked down to the bottom, and there was barely anyone there.

After that, I went to North Bend to Twede’s Cafe, also known as the Double D, for lunch. Yes, the coffee was damn fine. And yes, I had the cherry pie. And yes, I felt like I was in an alternate universe.

And here I am, wandering around North Bend unsure of where to go next. #wanderlust and all that. 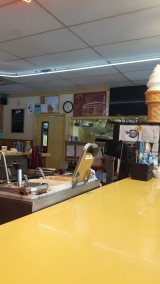 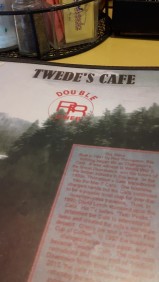 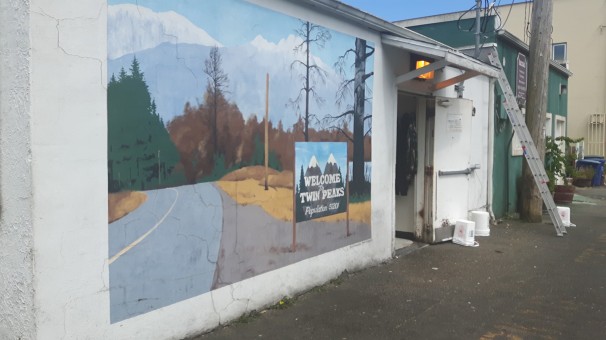